This past week marked the pinnacle of video game industry exploits, a week long period characterized by hoards of gaming enthusiasts and industry personnel flocking to the Los Angeles Convention Center. The event in which I speak is none other than the Electronics Entertainment Expo or E3 for short. For this installment of Working at G4 I’d like to discuss the fast-paced atmosphere of the previous week, how G4 handled the onslaught of press conferences, as well as a personal look into my experience on the show room floor at E3.

The week before E3 is a time when gamers across the globe prepare to witness video game history in the making. The week before E3 at G4 is period of minor chaos and immense preparation. Freelancers were brought in to aid with the onslaught of gaming news, and the office quickly became a hub of nerdy dialogue and loud discussions.

During the disarray, and a quick lunch break, my desk was taken, claimed by someone else. Great. I no longer had a computer or even a work space so I sat for the rest of the day on a fold-up chair at a co-workers cubicle. Upon my desk now sat 3 monitors accompanied with three unfamiliar faces sitting in my zone. How could this get any worse?

The next day I dejectedly came into work to find that my desk was still in use for miscellaneous purposes. I sat in a chair in the lobby and began to watch an episode of X-play on the TV screen while I fiddled with my phone when an unfamiliar voice greeted me. “We have a place for you”, he said. I followed the man around the corner, half-scared that my new office would reside in the bathroom. He shuffled down the hall, stopped at an unknown door, and gestured for me to enter. My new work station was practically an executive office! I had an entire room to myself rather than just my measly old cubicle. Those guys at my old desk could have it. From intern to VIP in only two weeks? I’d say I’m making pretty good time.

All joking aside, the new housing situation was only temporary. I was happy to oblige of course, but it was certainly an interesting start to pre-E3 2012 week.

Monday and Tuesday were by far the busiest and most challenging days of E3. The largest names in technology and entertainment: Sony, Microsoft, Nintendo, and several others presented their offerings and future plans to the world via high-energy press conferences. For those unable to attend history in the making, myself included, the showcases were available through live screening online.

My job during the blissful chaos was to watch the conferences. Easier said than done, if I wasn’t at G4 headquarters I would have most likely been watching anyway. I was not prepared for “work” that would accompany such a task however. Monday boasted the most rigorous duties with 3 showings, some back to back, each 1-2 hours in length. My task was to sit in front of the computer and write down each and every new game that was announced or hinted at, add those to the game records at G4tv.com, and capture images pertaining to announced items. Multitasking was my main combatant, one in which I conquered rather well. After the last symposium of the day, it was 7:30 pm and I had just worked an 11 hour, unpaid day. Passion and dedication will make you do crazy things and this is undoubtedly one of them.

The next few days followed a similar pattern, just with less stress and a slightly lighter workload. Despite the intensity, I enjoyed putting in the hours with everyone in my team, reacting to the surprise announcements, and feeling a sense of camaraderie throughout the entirety of a prolonged day.

Thursday was by far best day of the week, and could very well prove to be the best experience of the entire internship because it marked the day that I physically attended E3. What gamer hasn’t at one point or another dreamed of going to a celebration of video game advancement and culture? I was given free reigns for the day, no work to worry about, or tasks to sully my good mood. The entirety of the day was devoted to exploration, and an effort to witness everything I possibly could from E3.

Besides the dozens of hands-on demos that feverishly waited in line for and consumed (tasty demos let me tell you), there were some other notable events as well including a video game history museum, a live band that played gaming classics, and a video game art exhibit. To see more about the hidden gems at E3, including pictures and video, check out my other post here.

Games That I Played

It’s hard to remember exactly how many games graced my presence on Thursday. From blockbuster hits to arcade games I think I experienced a pretty good variety of titles. Here’s a few of the bigwigs at E3 that I played:

I also tried out the Wii U and I watched a live demo in the Ubisoft theatre for Splinter Cell: Blacklist which looked insane, Sam Fisher is back!

Certainly not my best looking picture but I’m at E3 so who cares!

G4 and the X-Play Booth

Coming to E3 as a part of the G4 crew has its own advantages. For one, the food was provided for which was very much appreciated considering a cheese burger was $8.95 elsewhere in the convention center. Also, I was able to take part in G4’s X-play booth and watch behind the camera as Morgan Webb, Blair Herter and some of my fellow editorial staff reported on E3. It was a completely different experience than watching from a TV screen, and when that story airs I can say, “I was standing right there behind the camera!” I wouldn’t call that bragging rights but it’s a cool story nonetheless.

I hope you enjoyed this edition of Working at G4. I will provide more insight into the video game industry from a fresh perspective next week! If you missed any of the other installments, check out the links to them below.

To see all of my E3 pictures and videos check out My E3 Experience. 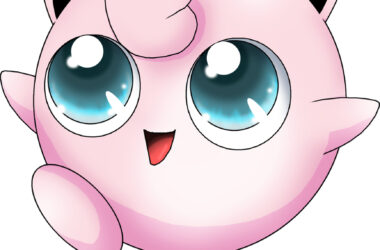 Video games are saturated with bullets, gore, often times an insatiable urge to destroy, explode, or impale the… 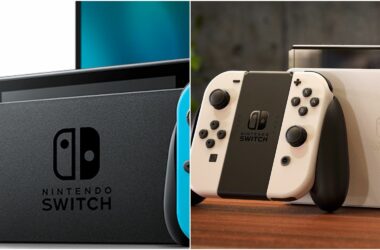 Amiibo Rant: Is Nintendo Incompetent or an Evil Genius?

Amiibo, the Ultimate Love to Hate Toy I have a confession to make. I am an amiibo collector.… 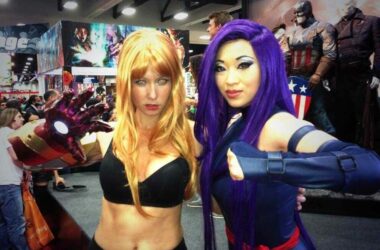