miccy
0
0
0
That’s the sound of my inner Netflix addict screaming for joy, because as of last weekend, The Sons of Anarchy Season 6 has been uploaded to Netflix.
Total
0
Shares
0
0
0

It’s all for the good of the club

Do you hear that? That’s the sound of my inner Netflix addict screaming for joy, because as of last weekend, The Sons of Anarchy Season 6 has been uploaded to Netflix. I’m a latecomer to the SoA crowd. Initially turned off by the premise of a thuggish motorcycle club, my brother convinced me to give it a chance, and one month and 5 seasons later, you might as well give me a cut and patch me in because I’m hooked.

In an attempt to savor the season and make those 13 gloriously entertaining yet deceptively digestible episodes last just a bit longer, I’ve given myself a daily 3-episode or less quota to follow and so far so good! I’ve also been getting caught up with ABC’s Revenge as well, so sprinkling a few of those in the mix has kept my show binging at bay for the time being.

I’ve successfully avoided any hints, reveals, and spoilers thus far and I sincerely hope that you my dear reader, will continue the trend of preserving secrecy for me as well. With the seventh and final season of Sons of Anarchy currently airing, I should be all caught up by the week’s end.

On an unrelated note, can we discuss the colloquial language of the show for a second? My friends and I have been keeping track of how many times characters say the phrase “Jesus Christ” and “Sweetheart” and let me tell you, it’s a lot! Expect phrase counts in an upcoming post 😀 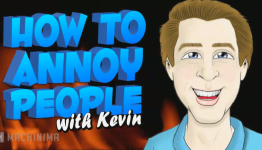 Exclusive Interview with Kevin From Machinima’s How To Annoy People

Machinima's Kevin set out to find the most infuriated, enraged, and livid players online by annoying them to no end in How to Annoy People: Season 3. 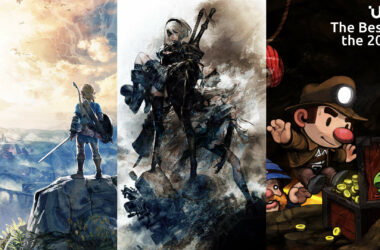