Game Diary: I Want to Like The Evil Within But…

miccy
0
0
0
After a myriad of both intensity and frustration, I finished, or perhaps better stated, I survived Tango Gameworks’ survival horror game The Evil Within.
Total
0
Shares
0
0
0

After 15 hours, 40 deaths, and a myriad of both intensity and frustration, I finished, or perhaps better stated, I survived Tango Gameworks’ survival horror game The Evil Within. As the credits rolled and the symbolic curtains began to close, I couldn’t help but feel unsatisfied. Sure, I was happy to have earned another notch on my completion belt, but for some odd reason, the vast majority of post-game glee that I felt from The Evil Within was not from beating the game itself, but because I was finally done with it.

I am officially done yelling at my TV when the controls don’t work the way they should, done rolling my eyes at the bland performance of protagonist detective Sebastian Castellanos, and I’m certainly over the nonsensical narrative that works to confuse rather than scare you. Let’s just say, I had a hard time digesting, and thus enjoying the latest brainchild of survival horror guru Shinji Mikami. After a playthrough dotted with annoyance, I can’t help but regret that The Evil Within wasn’t more like Mikami’s other titles, specifically Resident Evil 4 or Shadows of the Damned.

The Evil Within borrows from its genre kin across the board, incorporating splashes of brilliance in the form of nightmarish creatures, sinister environments, and an overwhelming feeling of vulnerability, yet it somehow manages to do everything less successfully than its predecessors, especially Resident Evil 4.

Right from the beginning I felt a clash of identity from The Evil Within. Is it supposed to feel like a horror game – rewarding players who err on the side of caution? While the atmospheric elements are spot on, the game’s lackluster stealth mechanics, scripted/forced battle encounters, and assortment of weaponry seems to emphasize more of an action-based style of play instead of trepidation. Personally, I tried to be as stealthy as possible – sneaking behind enemies and delivering an instant takedown. What you lose in patience you gain in ammo and health preservation, so it makes sense to do so. On more than one occasion however, I noticed that Sebastian had gotten stuck after crouching, unable to raise his weapon forcing a WTF panic moment on my part in which I most likely got hit in the face with an axe or bludgeoned by some other deadly weapon because of it.

Or perhaps The Evil Within was intended to feel like an action game – making players feel powerful and giving them the ability to spontaneously approach any situation? If so, your ability to effectively eliminate enemies is so severely handicapped by unresponsive controls, a useless melee, lack of a quick-turnaround mechanic or dodge roll, drastic weapon sway, etcetera, that an offensive approach can easily result in a cringe-worthy mixture of running and desperation.

At times I found it difficult to complete even the most basic of commands such as picking up an item or burning downed enemies. If the camera isn’t perfectly angled down at the target, whether it is a fallen enemy, a bear trap, or an ammo pack, you’ll find yourself unable to interact with it. Sure it’s just a minor inconvenience until you end up missing a rare opportunity to incinerate a set of briefly vulnerable downed enemies or find yourself desperately button mashing to pick up much-needed ammo when a slew of Haunted approach. Unacceptable.

Look, if a game wants me to kill an onslaught of bad guys, give me the tools to do so. If instead the developers intend to have the players avoid combat scenarios, great, but please ensure the controls are responsive and precise enough to handle such a play style, that’s all I ask. The Evil Within misses the mark when it comes to balancing and successfully fusing elements of both genres and what you’re left with is a fun yet technically flawed experience that extends to the characters and the narrative.

Detective Sebastian Castellanos is no Leon S. Kennedy. It’s difficult to give much insight into his character because in all honesty, there is a distinct lack of spirit, passion, or disposition present below his surface. As described within the collectable notebooks scattered throughout the game, The Evil Within’s protagonist is painted as a generic cop, cut from the same damaged, obsessed, and vengeful archetype showcased in countless movies, shows, and games before him. Hardened by the loss of his daughter then wife, he goes on a drunken quest for truth and blah blah blah, he winds up in Ruvik’s nightmare realm which is where the game starts off…or something like that.

The strange part is, the Sebastian portrayed within this backstory does not accurately depict the character that you actually play as. Throughout the game, Sebastion comes off as a mild if not positive guy, often seen boosting his colleagues’ morale and pushing them forward despite the overwhelming nature of their experiences. The gap between his temperament as described in the past and that of the man you lead through the game is oddly contradictory. Unfortunately The Evil Within’s convoluted, purposely trippy narrative casts an equally disappointing shadow over the overall experience.

I don’t get it

After completing a game, if you’re left scratching your head, forced to rev up a Wiki page in an attempt to connect the dots of a story, it’s not a good sign. The Evil Within’s narrative can best be described as purposely confusing – ripping characters from one location to the next with the majority of plot value delivered in the form of uninteresting ghost-like flashbacks. The Evil Within never really gives you answers, it gives you scenarios to infer answers from. I can appreciate different story telling devices but at some point, I wished someone would tell me what the hell was going on instead of alluding to it.

It’s as if it the writers were taunting me, presenting things in a way that led me to believe there was meaning where there was none, forcing me to reach at straws and connect things that just weren’t there.

Despite my negativity, it’s not all bad

From a creative and thematic standpoint, The Evil Within truly excels. It boldly delivers a bloody, high-tension horror experience that isn’t afraid to make you pay for your mistakes; let a boss get too close and kiss your life goodbye. As I upgraded my character, I found the game to be much more enjoyable, specifically increasing the critical hit percentage and thus allowing for more instant-kill headshots.

I also commend the artists and designers behind The Evil Within. Many of the creature designs are amazingly cool and undeniably dark. Even better, each enemy-type’s description ties directly into its appearance. For example, AlterEgo is a monster that you face on multiple occasions that was once a person with dissociate identity disorder. The dominant and alternate personalities blend together into a single two-headed creature, half of which retains some of its human appearance while the other is heavily disfigured. It’s cool stuff.

My main issue with The Evil Within remains its unresponsive control scheme. If I press a button, I expect my character to do what I tell him to. I can excuse a crappy story if the gameplay is fun, but far too many times I felt frustrated rather than entertained. I would still recommend trying out The Evil Within, especially considering it features New Game Plus so players have the opportunity to max out all of the upgrades and find any missed collectables. After it’s all said and done, I think it’s time to replay Resident Evil 4.

All images were taken by me on the PS4 during gameplay with PS4 Share feature.

Batmantium the Newest Element to Be Discovered 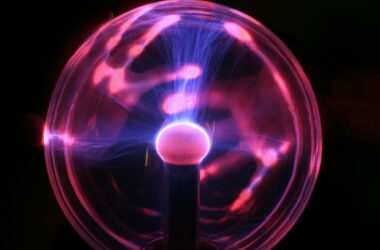 A team of German researchers have deviated from the traditional rumble-controller formula, instead embracing an entirely new way for players to feel the action present on the screen, reports New Scientist. 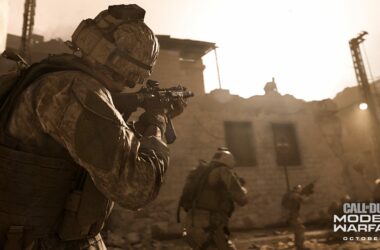 As I lay on this shallow patch of earth I remain still and silent. My eyes follow a… 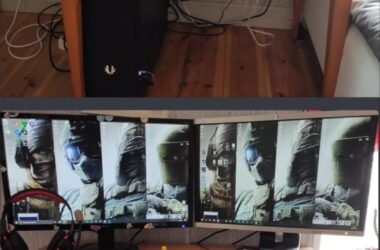