miccy
0
0
0
In the previous Firefall Fanfic episode, Briggs was sent to the frigid Melding Pocket of Antarctica to provide operational assistance at the new Accord base
Total
0
Shares
0
0
0

In the previous episode, Briggs was sent to the frigid Melding Pocket of Antarctica to provide operational assistance at the new Accord base. During the monotony of compiling information, filing reports, and teaching the ARES newbies about war, the head officer Captain Emmerich received a distress call originating far to the northwest. With a fear of the unknown wasteland, Emmerich refuses to send operators to explore the signal. If they won’t go, Briggs will but she won’t find what she is expecting.

In a flood of panic, I jerk the flare wildly in one sweeping motion. The glow barely permeates the grayness of the coming night, only illuminating the obscure shapelessness of my surroundings.  Clenching my chest, I attempt to silence the echoing thumps of my heart’s uncontrollable rhythm. Its tempo beats against my torso, shattering the utter silence of the mountain’s composure. Subtle murmurs pervade the dark void for a moment, and I position my body in that direction, muscles tensed and poised for a fight.

A thunderous voice booms from behind, followed by shallow footsteps. Pivoting to the rear I face the oncoming figure. A skinny fellow with auburn hair and tattered jacket meets my gaze. Approaching with pickaxe in hand he bellows, “If you leave all of your valuables, we won’t hurt you!” Each word oozes with trepidation. Although motioning threateningly, the man’s gangly arms appear to be struggling with the weight of his weapon of choice. This guy is not the menacing villain that he is pretending to be.

The other two men join in on the confrontation, one boasting the combative might of a shovel and the other with a mallet. This time I came prepared. “Leave my valuables? Do you mean this?” With one glance at the Astrek TC-1 Thermal Cannon, the men throw their re-purposed weaponry to the ground, hands waving wildly in the air.

“Ahhh don’t shoot!” The shift from bravado to cowardice is practically instantaneous.

Oh how the tables have turned. “And why should I not shoot you; three goons using a fake distress signal to lure and rob passersby?”

“Look lady it’s not what you think. We – ” shattering the confession, a flash of light illuminates the entire sky piercing through the falling snow’s grey haze. A few moments later, the booming quake of thunder shakes Antarctica to its core. The four of us exchange apprehensive glances before the ragtag leader steps up, “We need to get back to camp before the storm hits.” Their eyes shift from the snowstorm to me, from me to the Thermal Cannon, “I guess you’ll be joining us?”

Following the trio in hesitant compliance, I gait hastily behind them, TC-1 in hand, as we hustle toward the westward Melding wall. If the snowstorm wasn’t enough to worry about, the clattering of Glacial Aranahas in the distance is certainly enough to dampen the scene.

“My last rendezvous this close to the Melding led me to a sacrificial ritual chamber in Stonewall…where are we going exactly?” The leftward most man takes an awkward look back.

“Uh, who exactly are you Miss?”

“Lieutenant Colonel Briggs of the Accord; I’m out in this wonderful slice of frozen danger to help establish an Accord base of operations in Antarctica.”

“You’re a brave one Miss. Well, my name is Terry, the bag o ’bones over there goes by Slim, and the heftier fellow to my right is Daniel.”

From nearly killing each other to exchanging names and pleasantries, the strange circumstances just seem to be getting stranger. What’s next, inviting each other over for a family dinner? “You guys can call me Briggs.”

“Sure thing Miss Briggs.” A subtle nod accompanies the formality. I sigh at the disregard of instructions.

“See that little cavern over there?” Terry’s gloved finger directs me where to look. “We’re almost home. This close to the Melding, the last thing we have to worry about is bandits.” Gulp, I wonder what the first thing is? Wedged in between two mountains, the outcrop is surprisingly mild, and much warmer than its naked cousin. With steep walls on both sides, the terrain is a sensible refuge, spared from the icy winds and pummeling snow.

Lifting the cloth overhang shielding the entrance, a new face greets us upon entry. “Ah welcome back. Terry, Daniel, Slim, get yourselves cleaned up.” The devotees shuffle off in obedience. Presumably the leader of the bunch, the man in his mid 60’s towers over my 173 centimeters. Though bearing the signs of his age though grayish hair and deepening wrinkles, his frame is as sturdy as a rock, exuding the magnetic presence of a much more youthful man.

You could cut the tension with a knife. “I know who you are Alexis Briggs, I’m actually quite a big fan of your work with the Accord.” He extends an arm to shake my hand. “My name is Dr. Nathaniel Solus; I am the leader of this band of refugees, and the one responsible for the rumors circling Antarctica.” He begins to meander away from the entrance. With a smooth hand gesture, I am beckoned to come along. “Sorry about that little incident with the distress beacon, my boys thought you were a Tanken scout. Can’t be too careful these days!”

The odd man lets out a rowdy guffaw. Airing on the side of caution, I manage to stammer a clumsy laugh while joining in the comedic celebration of my near-death experience. “Is this how you treat all of your guests?”

“Only the ones we suspect are carrying supplies, scavenging has become our trade.” He dashes a quick smirk, and inexplicably all feelings of fear and uneasiness fade in an instant. This man doesn’t seem to mean me any harm.

In an aesthetic of tranquility, Nathan slides his hands snugly within his pockets. “You see, survival in this region is tough. We’re nearly starving up here on this mountaintop.”

Nathan pauses, and his face grows solemn. “Less than a dozen of us live within this cave – men with wives, children, and families. After The Melding ravaged their home west of Trans-Hub Command they wandered from refuge to refuge, each supposed safe haven worse than the last.” His brows furrow as he utters the last words. “Most of them ended up in the slums of the Empire MacArthur, and that is where I learned of their plight.”

I open my mouth to reply, but Nathan continues, eyes fixed on the floor. “I am a scientist by trade, driven by the allure of knowledge and discovery.” He exhales heavily and raises his head to meet my gaze. “I knew behind the hazards of sleet and snow, that Antarctica housed something special.” He motions for me to follow him. “I hired these men over a year ago to aid my excursion into the Melding Pocket. This land is ripe with hidden Chosen technology I just know it.”

“So…you’ve promised these men – poor, desperate men, riches in the form of technological loot, yet you’ve found absolutely nothing?” I swallow stiffly. “There’s no shame in making a mistake Dr. Solus, but your men are in bad shape, and who knows how their families are faring.”

A somber storm settles uncomfortably on the conversation. “I won’t deny what sacrifices my men have had to make in the name of science but there is a light at the end of the tunnel.”

Nathanial scans his meager kingdom in silence as we traverse the encampment. Raggedly clothed men glance in our direction as we saunter by; a clawing cough can be heard echoing in the distance. His face is not tarnished by sadness or desperation however, a force of determination emanates from his deep gaze. “We must keep going, regardless of the cost,” his lips motion in a faint whisper.

“Dr. Solus, you can’t be willing to risk the lives of these people just to satiate your lust for fame and fortune? They don’t care about your crusade of curiosity, these husbands, sons, brothers, and fathers are here to provide for their loved ones. Can’t you see that? You’ve strung them along in some wishful fantasy of treasure hunting and adventure at their expense.”

The words don’t even faze him. Lifting his finger with purposeful intent, he points to an enormous map of the Antarctica melding pocket peppered with nearly-illegible scribbles.

“They will follow me because they are MY men.” His previous warmth is disregarded as true colors bubble to the surface. “With this map my life’s work will finally bear fruit, and these poor stupid bastards will stay here until I deem fit!”

Watching Nathan’s explosion with focused intent, the hired hands whisper back and forth to each other from the sidelines. As the narcissistic rant hits its peak, the whispers grow louder, angrier. “And how would they even get home? It was I who bartered with raiders and gangs to fund their arcfold here, I own them. I don’t care if they ever see their families again.” With the last remark, the wary men are pushed over the edge. Slim is the first to bolt to his feet. Daniel, Terry, and the rest follow suit.

Fueled by the revelations of the egotistical tirade, no amount of charm or phony optimism could quell this fire. The mob surrounds the former chief with one solitary purpose, to make Dr. Nathanial Solus answer for his words. I’m edged out of the crowd before noticing a pickaxe enter into the fray.

Scrambling toward the tussle, my eyes register the scene in slow motion; each heartbeat, each second a countdown to near-inevitable violence. “Wait, don’t!” I shout at the top of my lungs and in an instant, it’s all over.

For once in my life, adhering to better judgment just felt right. After discussing the situation with Commander Clarke back at Trans-Hub Command, I was able to offer the misguided treasure hunters of Antarctica a saving grace, an opportunity to work for the Antarctica expansion team. After all, most ARES Operators won’t set foot in the Melding Pocket and these men have a familiarity with the landscape that is invaluable. Not to mention, the new recruits will earn a steady wage to support their families.

And as for Dr. Solus? Although he most likely deserved a brutal punishment at the hands of those he had manipulated and disregarded, I just couldn’t let it happen. Without a team, the scientist was broken, but more determined than ever. Offering him an opportunity to join the Accord’s research efforts was met with a brazen refusal. He remained vigilant in his crusade of discovery and was last seen trudging off into the snowstorm quoting sentiments of valor and triumph. Although the LGV I had abandoned during this expedition was recovered, Nathan was not. He is officially declared missing.

Certainly enough excitement for one adventure. 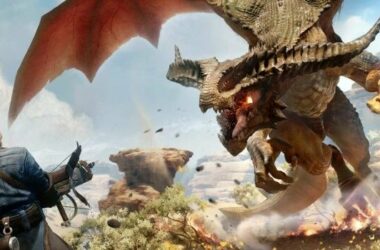 Check out the conclusion of my epic battle between Kaltenzahn, the ice dragon of Emprise Du Lion in Dragon Age: Inquisition. 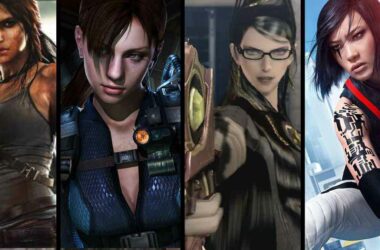 The video game industry is saturated with macho heroes, burly protagonists, and an assortment of characters large and… 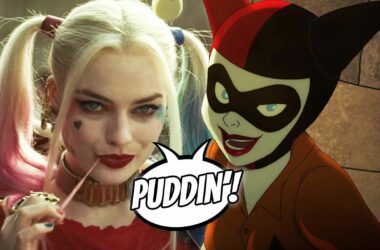 Introducing the newest member of my family, Harley Q! This 4-month- old bundle of ginormous is named after one of my…